Bad Weather on a Cruise?

So you’ve planned your cruise and you are all excited to get out of the cold or bad weather and what happens? Yes, bad weather. When it’s just one day, or part of a day, it’s not so bad. However, when it is most of your vacation, well, it can get you down. 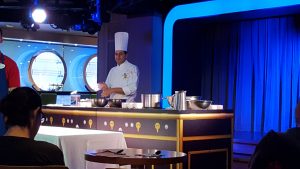 What do you do on a cruise ship when this happens? Well, you stick to indoor activities! Go to the shows, the demonstrations, the craft activities, the games, the movies (Disney has a theater on each of their ships that show current running films), etc. Yes, there is still plenty to do. 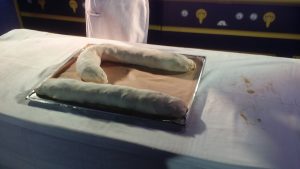 Well, we’ve had bad weather on all but one of our cruises.

When we boarded the ship in Galveston, it was cool and misty. I should say cold, not cool. However, while I live in Texas now, I am from Wisconsin where the mid-40’s would not be called cold in November.

Suffice it to say, it was cold.

The next day the weather was a bit better, but not the entire day. We still had that cold front we were trying to get south of. Our port day in Cozumel, though, was HOT. Hot and humid with no breeze to cool you down. That didn’t bother me so much, because I don’t mind that. However, as the day went on, the clouds came in – and the WIND!

I mention the wind, because as we were leaving port, the captain got on the speaker to tell us we would be heading into a cold front and it was windy, and thus we would have rough seas. Indeed we did.

I’m sure many people had gotten sea sick this night, because the number of people at dinner was quite a bit lighter. It was pirate night and the party also was not as well attended. It was also cool and misty again.

We laughed at ourselves and everyone else as we all looked like drunken pirates. Even the crew was having a difficult time. If you like to people watch, rough seas is a good time to just sit and watch everyone walk around. 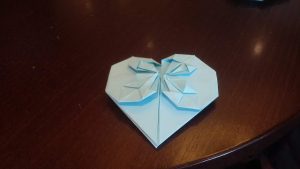 The next day the seas started to calm down, but the weather didn’t improve. So, the indoor activities it was for much of the trip. We took time to do some reading in our stateroom, and even a little television watching. But, for the most part, we were somewhere else on the ship doing things and meeting people.