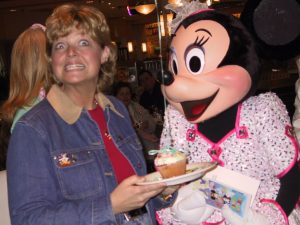 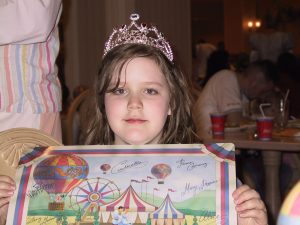 What’s so special about spending your birthday at “the World?” Well, first of all, you can go to the customer service center and get a button saying it’s your birthday. Wear it the whole time you are there, because many times cast members will say “Happy Birthday” to you, as will other guests who see it. There were a few times we got special treatment because of it, and Opal even received a special pin and lanyard from one of the gift shops. While they can’t give everyone with a birthday button special treatment, they will do it from time to time. You just never know. 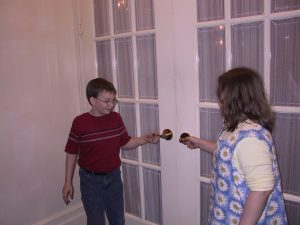 If you are at a sit-down restaurant, be sure the server knows it’s someone’s birthday. They will sing to you and give you a special “cup cake with a candle.” If characters are there, they will sign a special card for you to take home. There were a few times we got the first seating, and when the host or hostess knows there’s a birthday in your party, they may choose your family to open the restaurant.