Carve a Carousel Horse on a Ship? 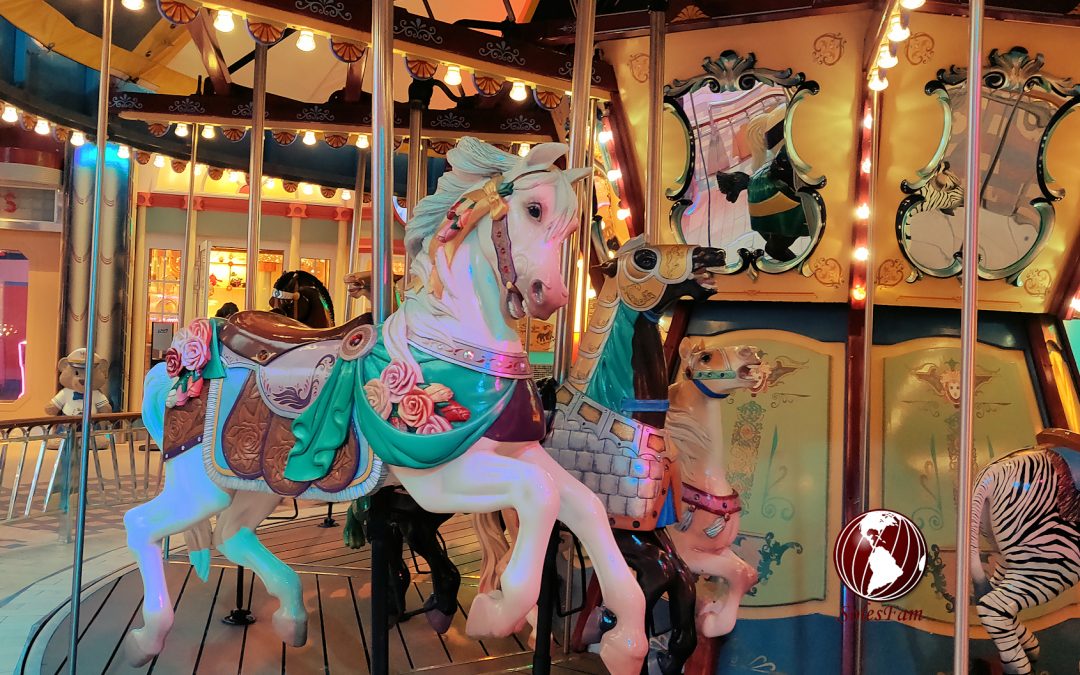 The largest cruise ships in the world (the Oasis Class ships in Royal Caribbean Cruise Line’s fleet) have an actual carousel you can ride in their Boardwalk area on the ship.

Did you know you can have carving lessons to make a horse?

Well, no, you can’t, but near the actual carousel there was a photo op to make it look like you could.

You’ll also notice that there are several shops on the Boardwalk.

There are several other shops, and at the end you’ll find the Aqua Theater where they have a wonderful water show several evenings during the cruise.