Cruising – Mom and Teen Daughter Together 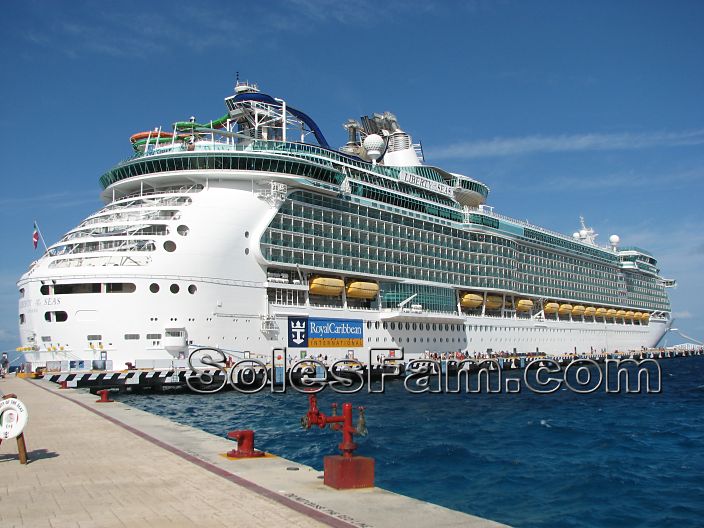 I took my teen-aged daughter on a cruise with me for two reasons:

Well, the first thing happened, but not to the extent I expected. Why? All she wanted to do was hang out with the other teens. I didn’t discourage her, because I wanted some good feedback from her. Anyway, our drive to Galveston and back to Dallas included some of that one-on-one time.

On our Royal Caribbean cruise, the Liberty of the Seas, there is a curfew for those under 18. That means I was in bed before she got back each night, but I also knew she would be back by a certain time. I liked the idea of a curfew, because I didn’t have to stay awake to make sure she got back to the stateroom on time. Everyone else had to be in on time, too! I did wake up every time she came in, and she was on time.

While we were in port, we also spend time together. Port days don’t have as much happening on the ship since so many get off to explore. We did get off the ship to explore some, but most of the day we were still on the ship. That gave us time to have lunch together and do a few other activities.

I’m proud to say that my daughter won second prize for the Sudoku challenge! I didn’t enter, since I was taking care of a few things, but I got there in time to watch them finish up and see Opal win a prize!

Some days (even if at sea) we did go to the card room and played Scrabble. It was a weird set – had too many of some letters and not enough of others – but we had fun anyway. We also took the daily trivia quiz and played the Sudoku games on our own.

We did explore the ship a bit together, and we took the cupcake decorating class together. I didn’t want to do it, because I’m not very good at anything that has to do with art, but she wanted to do it, so I signed us up. It was well worth the money to do that together. By the way, my cupcakes turned out just as cute as everyone else’s, including my daughter’s. Since you get to keep your cupcakes, we had to share them, because there was no way the two of us could eat 14 cupcakes between us! We share one with our stateroom steward and the rest with the teen group (all those friends).

Most evenings we had dinner together, but there were a couple nights she ate with friends. That’s ok, I either went to a show or relaxed (I needed a vacation!) either on the pool deck or on our balcony with a book.

While my husband is my favorite person to cruise with, I would go on a cruise with someone else – like another daughter or my son, or my sister, or…