Do I Need a Passport on a Cruise? 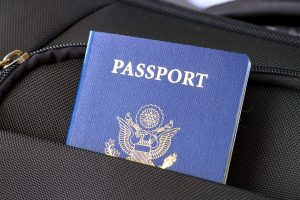 This information is for citizens of the United States.

If you are leaving on a cruise from a country other than the United States, you will need a passport, since you’ll need one to get into that other country.

However, if you are leaving from the United States, it isn’t a simple answer, but we always recommend you have a passport when leaving the country.

However, if something were to happen (and we all hope it doesn’t) where you are unable to get on the ship when it leaves an international port, you MUST have a Passport Book to get home. This is true not only for adults, but also for children, and is why we recommend you always have a passport when going on a cruise that will visit at least one port outside of the United States. It is a small price to pay for that peace of mind if you miss the ship or someone gets ill and must get medical care in a hospital in another country. It will be much easier if you have a Passport Book.

What about a Passport Card? Well, it does help you if you are travelling only by land or sea, but NOT by air. So, if something happens during your trip where you would have to fly back or fly to meet up with your ship (if you should miss it), you will not be able to do so.

We highly recommend a Passport Book if you ever leave the country.