It’s Still for Everyone! 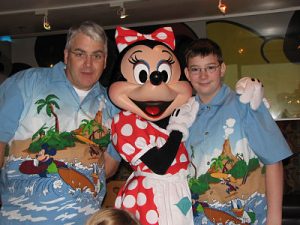 Yes, Walt Disney World was still fun in October 2007. This time Wayne and Nat got to have a matching outfit. When Wayne and I were shopping one day, we found these shirts! The price was right, too, since they were an old style, and who would need this type of shirt when the weather is starting to cool? Well, if you’re about to go to Disney World – you would “need” that type of shirt! The moral of the story: be sure to check out-dated, out of season clothing for future trips! You may find a real bargain, and you’ll look very “Disneyfied.”

Our children were now 16, 14, 12, and 6. While everyone still enjoyed Walt Disney World, the older children weren’t always as excited about seeing the characters. Each of them did have their favorites they wanted to see, though, it’s just some they didn’t “have to” have their picture taken with. This was our first trip without anyone else. No grandparents, no aunts, no uncles, no cousins – just the six of us. 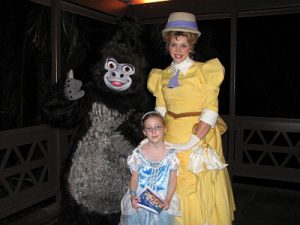 We also decided to give Mickey’s Not So Scary Halloween Party a try. It was well worth it, because ride lines were short, and sometimes non-existent to the point where you could remain on the ride. Also, you could see the characters dressed differently than you would normally see them. Since a number of attendees to the party also come dressed up, you have that added entertainment benefit. Our Opal was dressed as a princess. 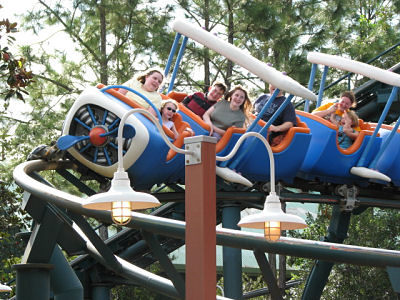 I was able to get a great picture of the family on Goofy’s Barnstormer! In the front you’ll see Hannah and Opal, then the next row has Nat and Skyla. Wayne is behind them, but you can’t see his face. 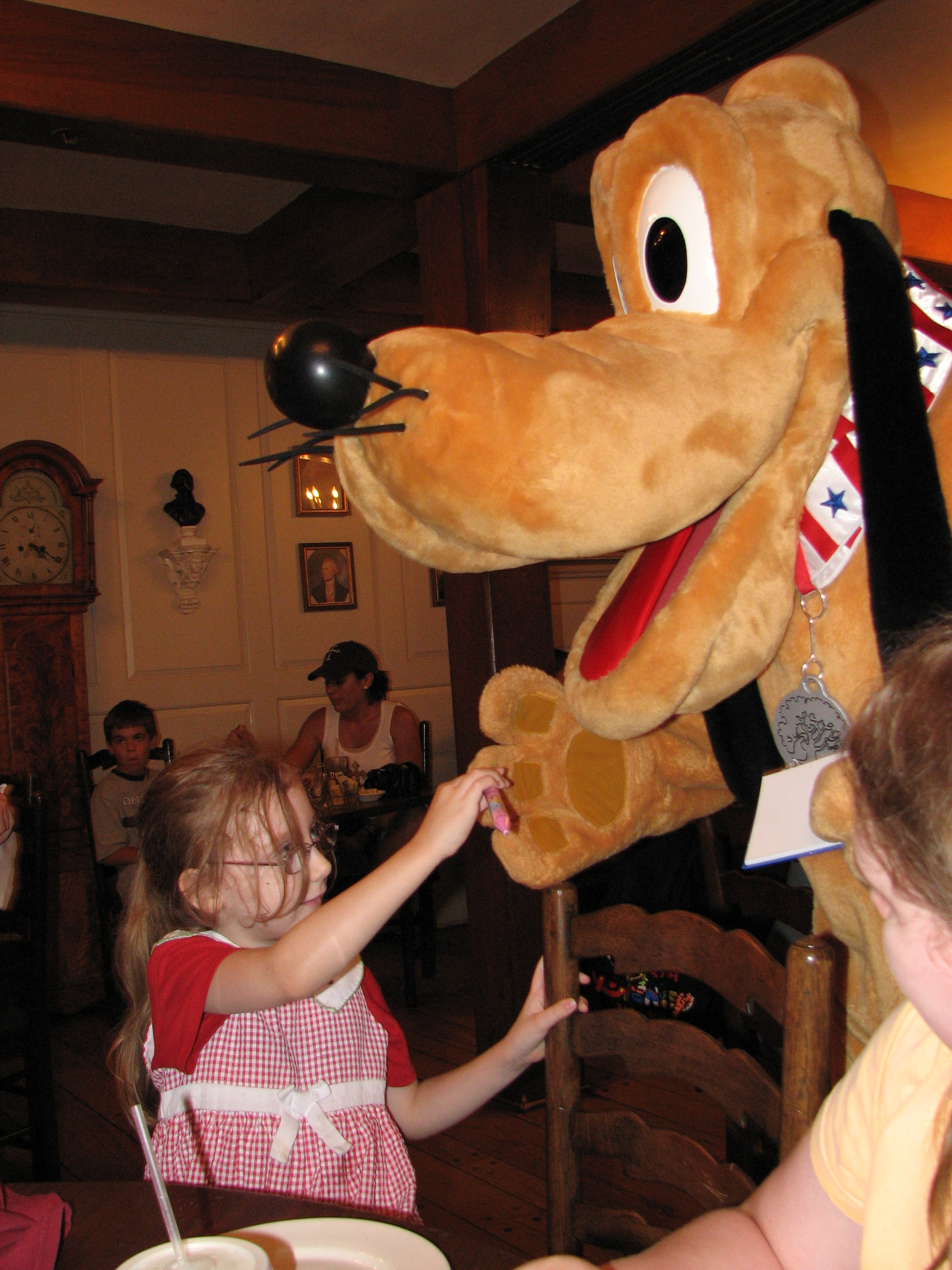 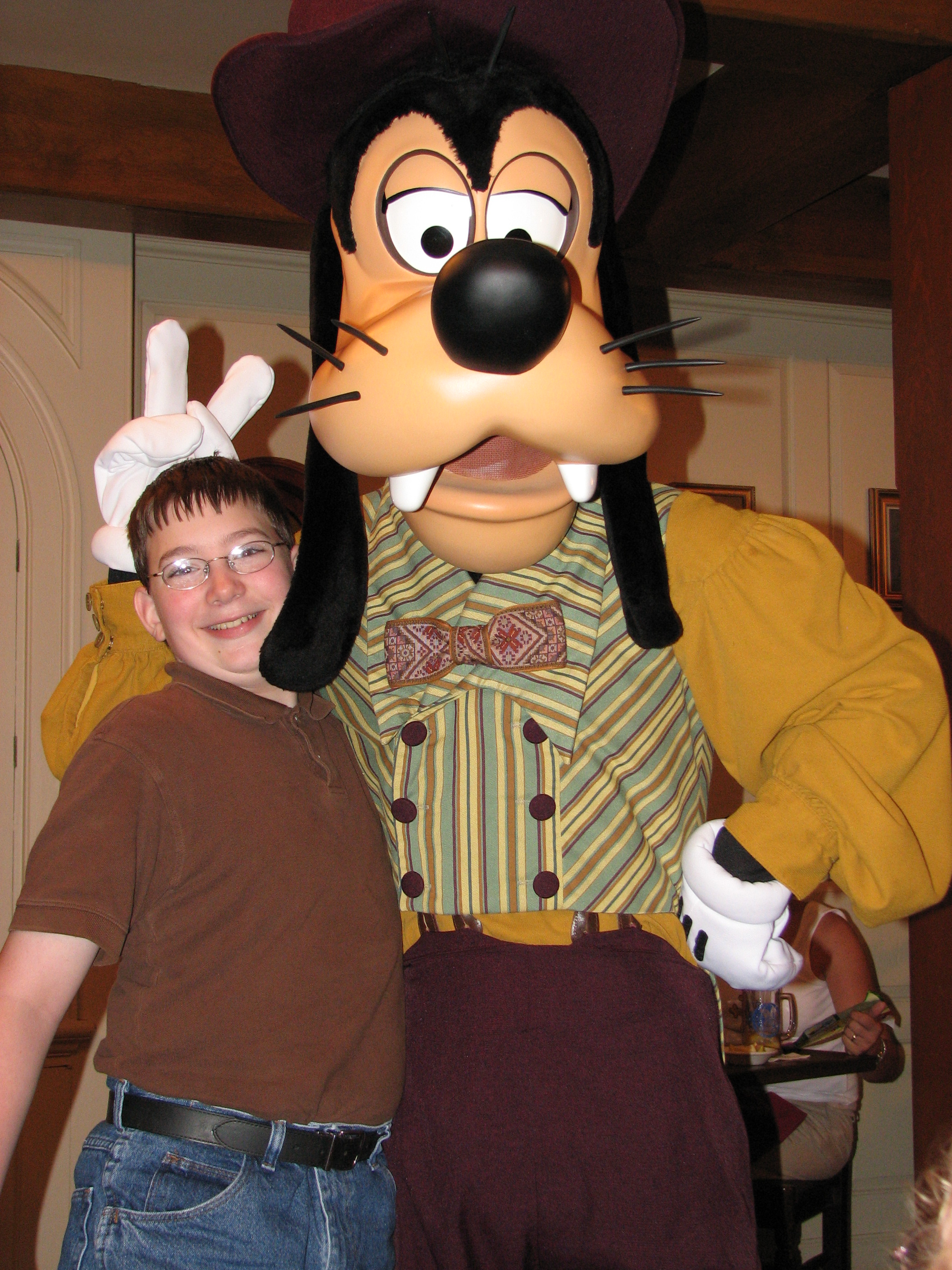 Little did Nat know that Goofy was being goofy! Nice bunny ears! 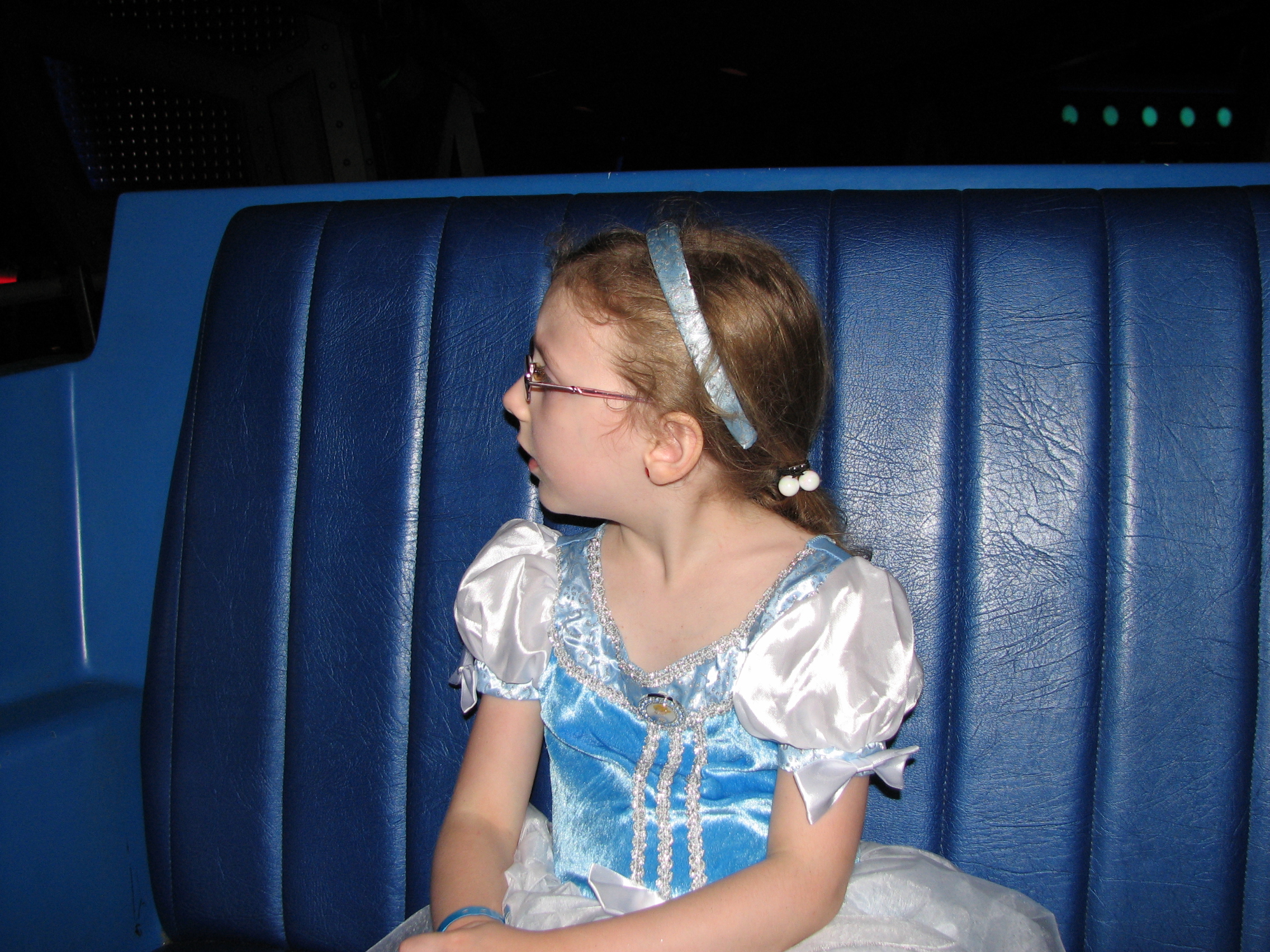 Here’s Opal in her princess outfit. Since Opal wasn’t tall enough for all the rides, she and I would ride other things while the others rode things like Space Mountain. Here we are on the Tomorrowland Transit Authority. It’s one of my favorites. 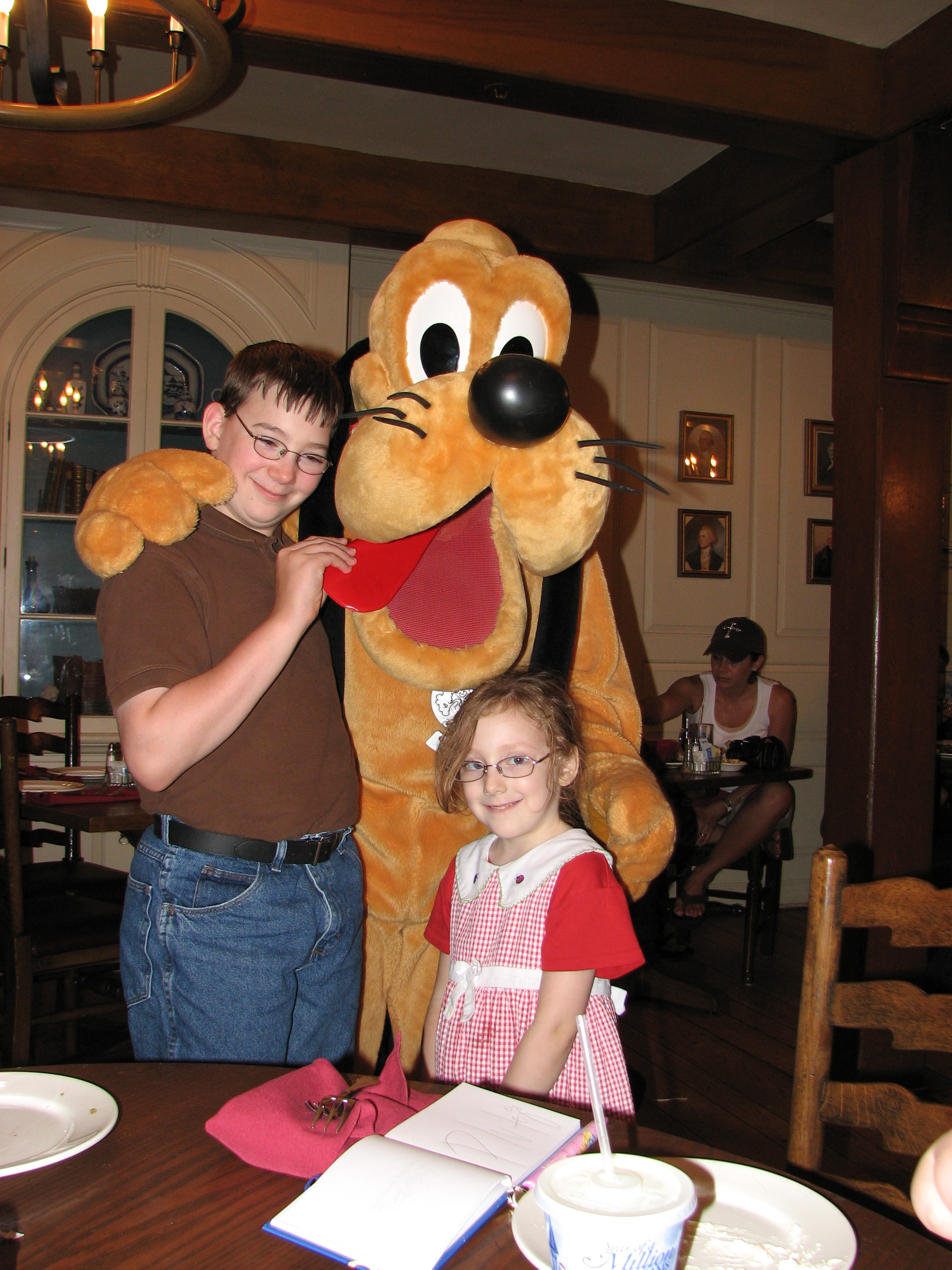 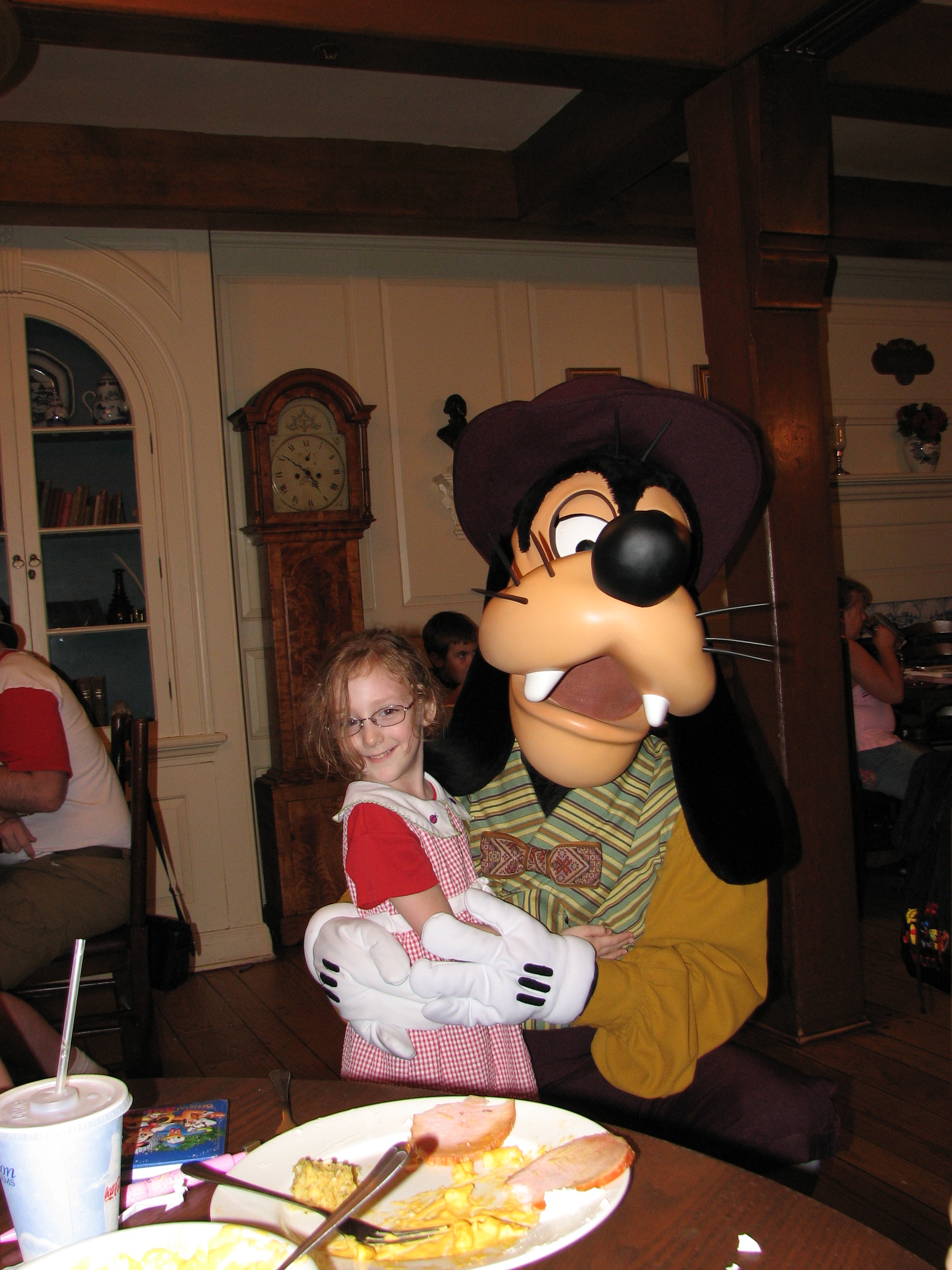 Here’s Opal “driving” with the dinosaurs! 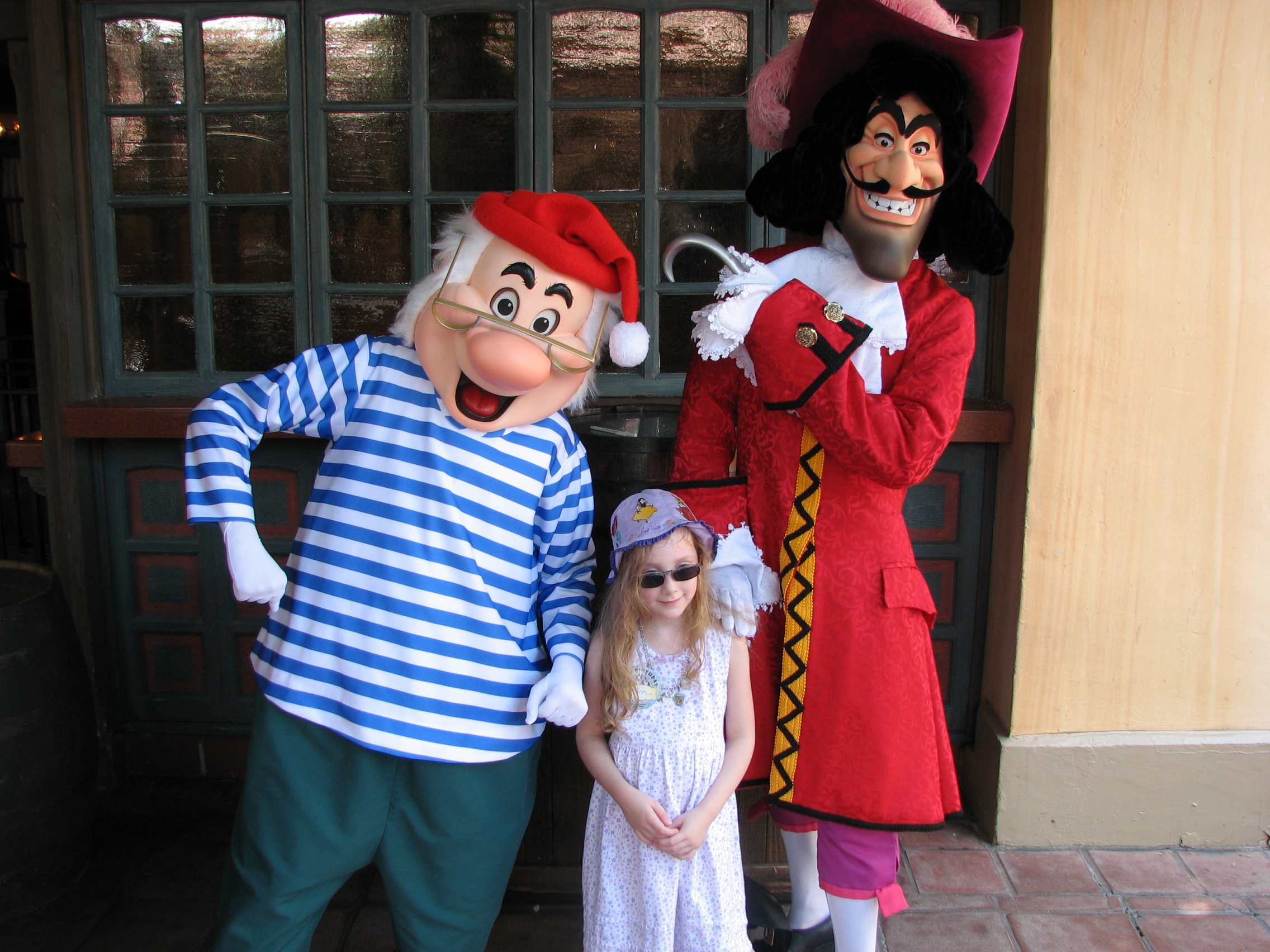 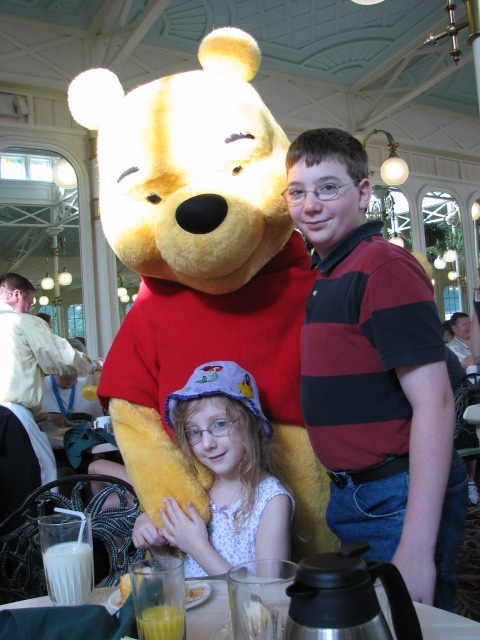 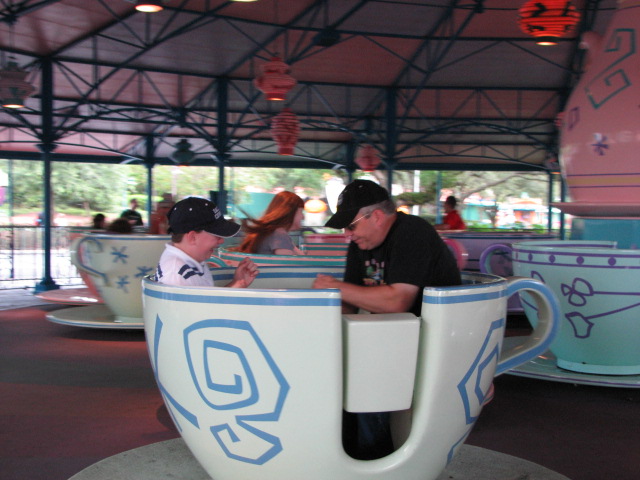 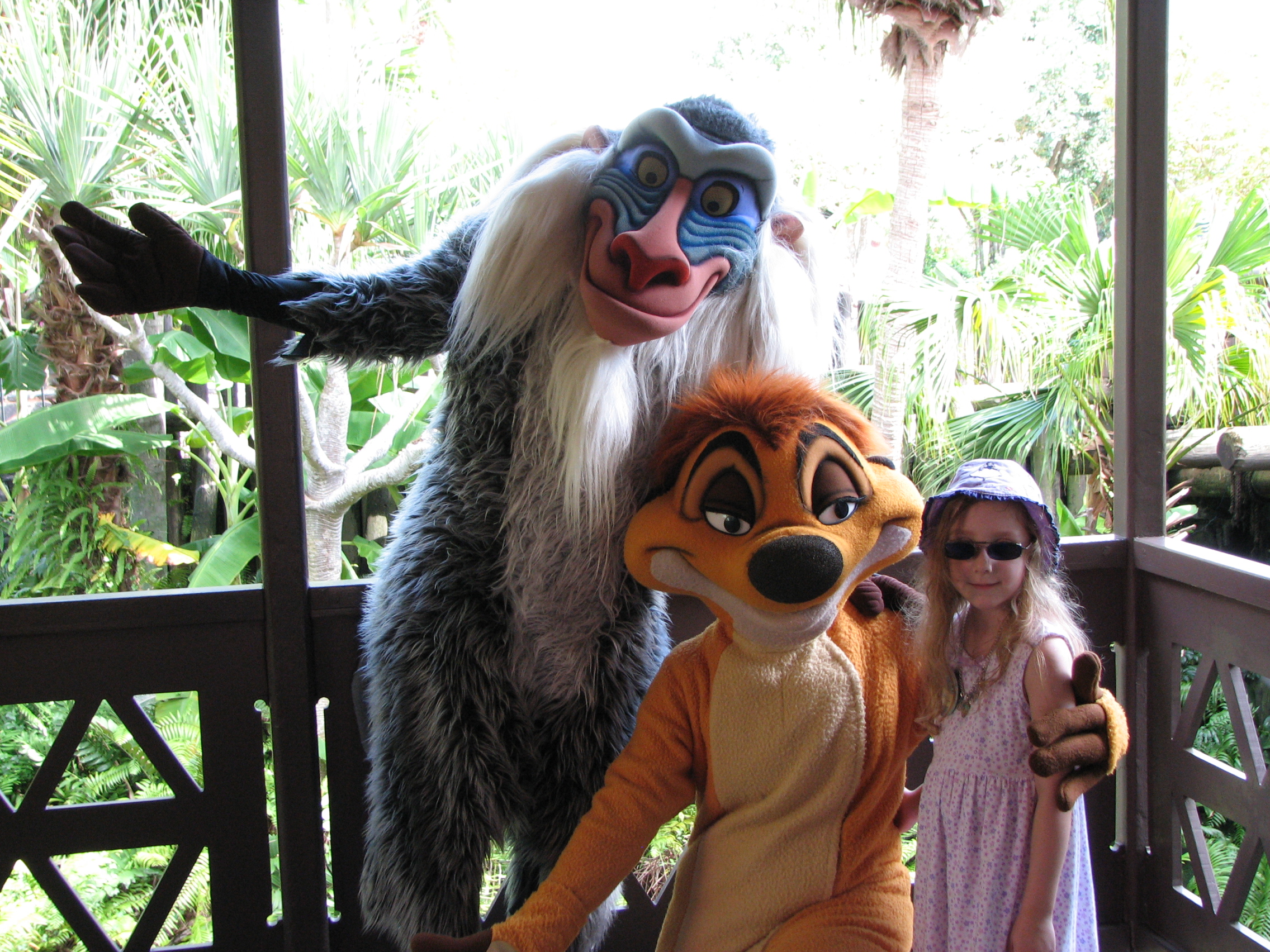 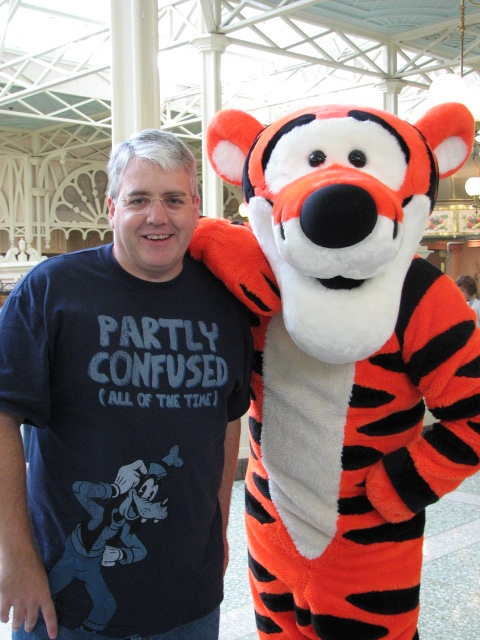