I didn’t get to ride the Matterhorn back then, but I did this trip.

The ride vehicles are similar to the vehicles on the Walt Disney World version of Space Mountain. Basically, six of you sitting in a seat by yourself, one after the other. Just like you are in a bobsled – which makes sense, since that’s what it is all about.

As you go through the mountain, some in the dark, you’ll run across the Yeti from time to time as he tries to scare you away (or maybe he just wants to eat you). It is a thrill ride indeed. While it isn’t up to par with some of the modern roller coasters, it is fun and thrilling.

I rode it only once. The video above is one that my husband did when he rode it without me. The reason I only rode it once is because it was a bit rough for me. While I enjoyed it, I felt doing it again would just be too much for my back. When you get old, you have to consider what is worth doing again and what isn’t. 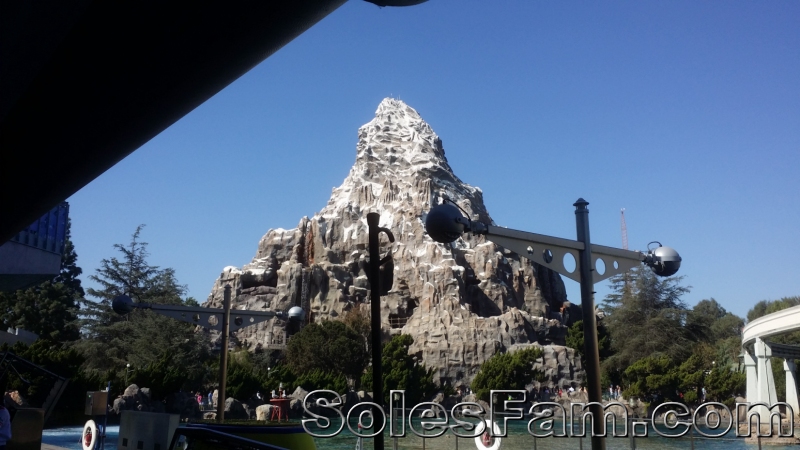