This is the surprise of all times! For our trip in September 2000, we decided that we were going to surprise our children. They were 9, 7, and 5. We told them we were going to see grandma, which we were. We just didn’t tell them it was going to be at Walt Disney World!

We got to the airport and went to the gate. We knew that some of those children may be able to read what it said, but they also knew that we could be transferring planes. But, we stayed away from where you could read “Orlando” for as long as we could. Our oldest saw that it said “Orlando.” I just told her that she was right. Nothing else. I think she was afraid to say anything, so she didn’t. When we went under that Walt Disney World sign, I just remember my son couldn’t even talk he was so excited! He kept pointing at it and jumping up and down in his seat. 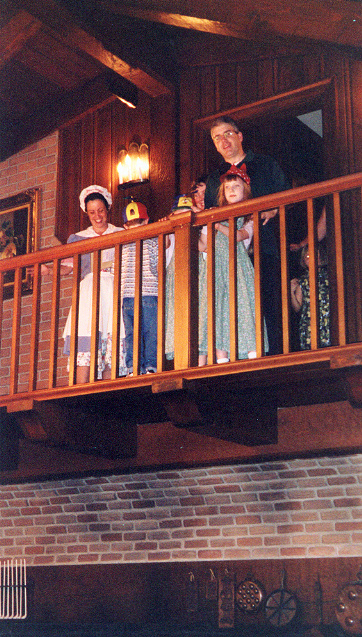 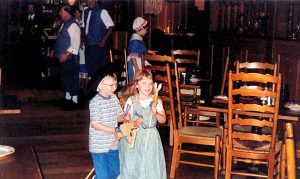 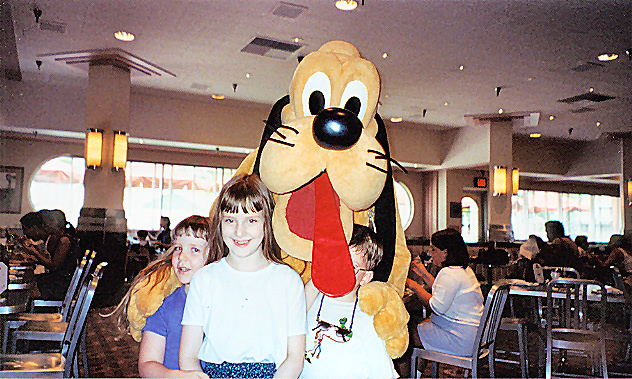 The characters like to have fun. Yes, that tongue is there on purpose. Pluto covered Nat’s face for the picture! 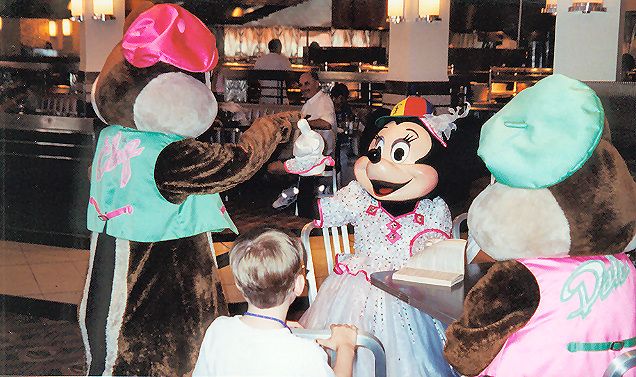 We all laughed and laughed when the characters decided to “steal” Nat’s hat and spin the propeller! 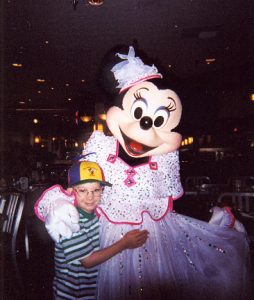 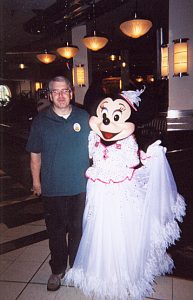