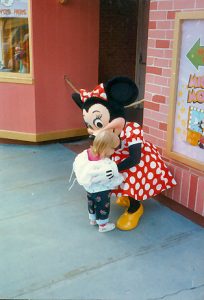 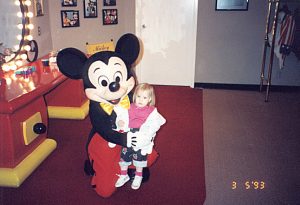 We are a family that loves going to Walt Disney World! It is one place everyone loves, and there is something for everyone. Our very first trip there was when we only had one child. It was back in March 1993, the day after our oldest, Skyla, turned two years old. We met Wayne’s mother, Goldie, there, so it was four of us.

I was expecting our second child when we went (my son still insists on counting that trip as his first trip), so I missed out on some of the more thrilling rides, but I still had a good time. Since Skyla was too small to ride those same rides, we just went off and did something else, like visiting characters or riding on different rides.

I know some young children are afraid of the characters, but not our Skyla. She enjoyed going up to them, getting a hug, and having her picture taken with them. I have never seen the Mickey in the spacesuit again. That was in Epcot. Here’s Mickey with our Skyla and her Grandma Soles. 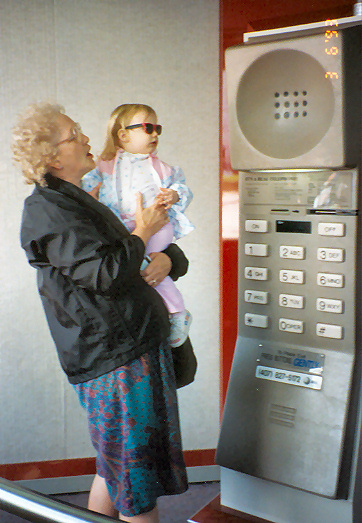 Here Grandma decided to make a phone call on the giant phone outside of the Spaceship Earth ride. Skyla couldn’t figure out that they were actually talking to someone she knew. 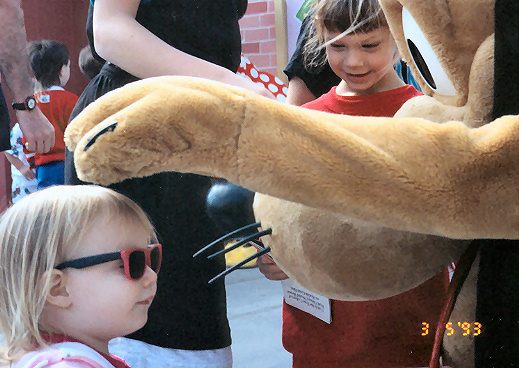 Here she is with Pluto. It’s good she had on those sunglasses, because those whiskers could have taken her eye out! 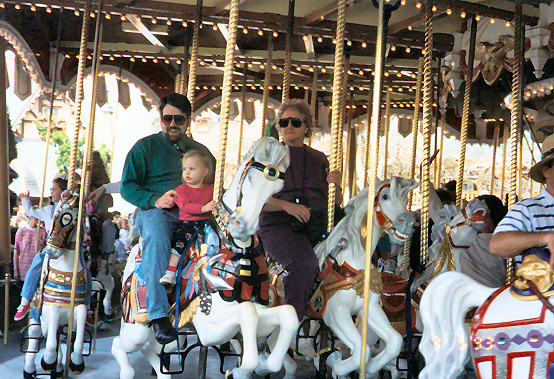 Here is Wayne with Skyla on a horse together, with his mother on the horse next to them. While Skyla liked this ride, when we asked her what her favorite ride was at Walt Disney World, she said, “The bus.” We could never figure out if she liked the ride to the parks better (because she was going to the park), or the ride back to the hotel (because she would be so tired). 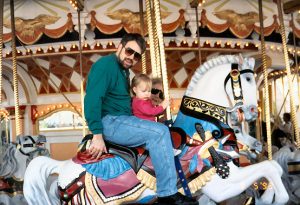